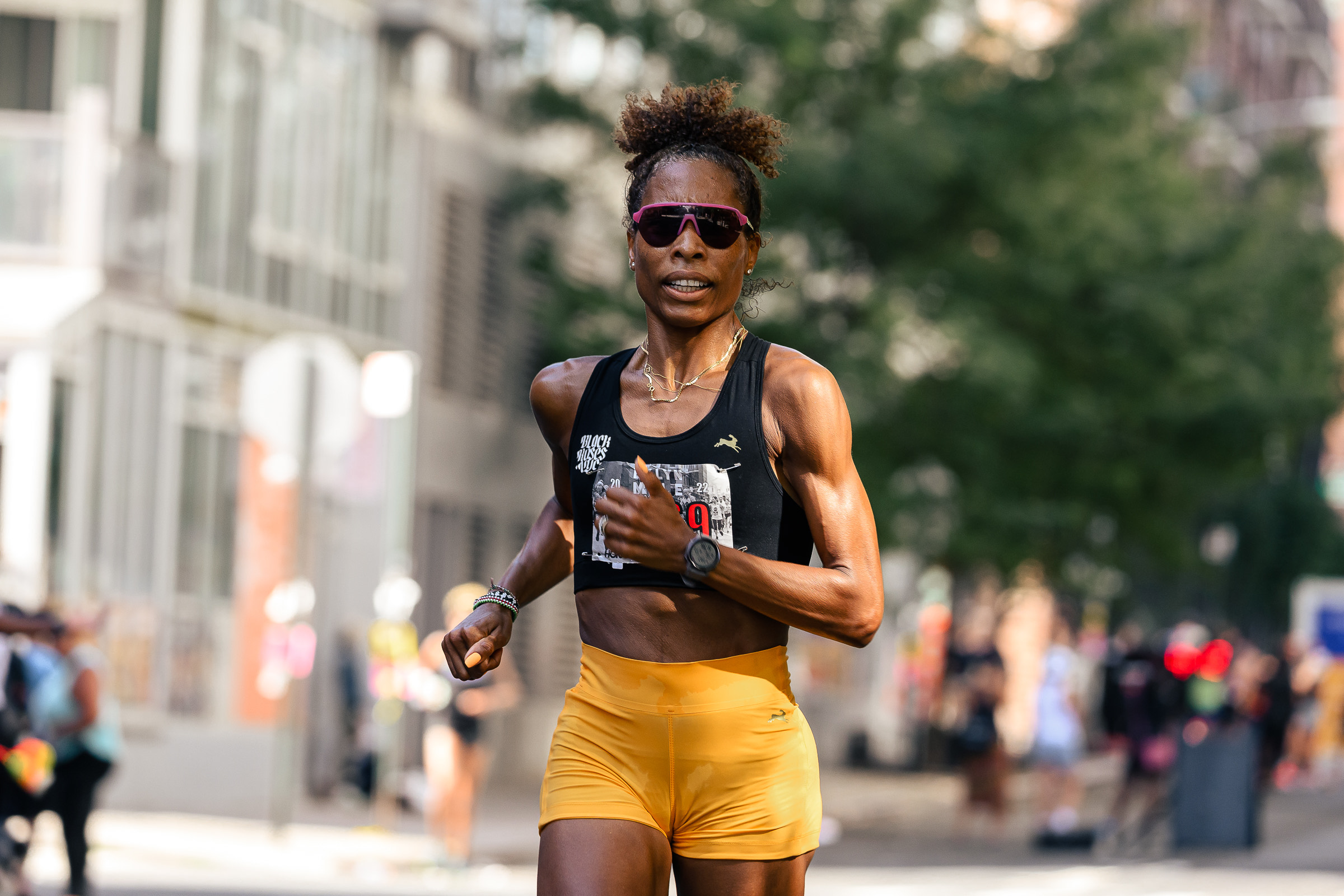 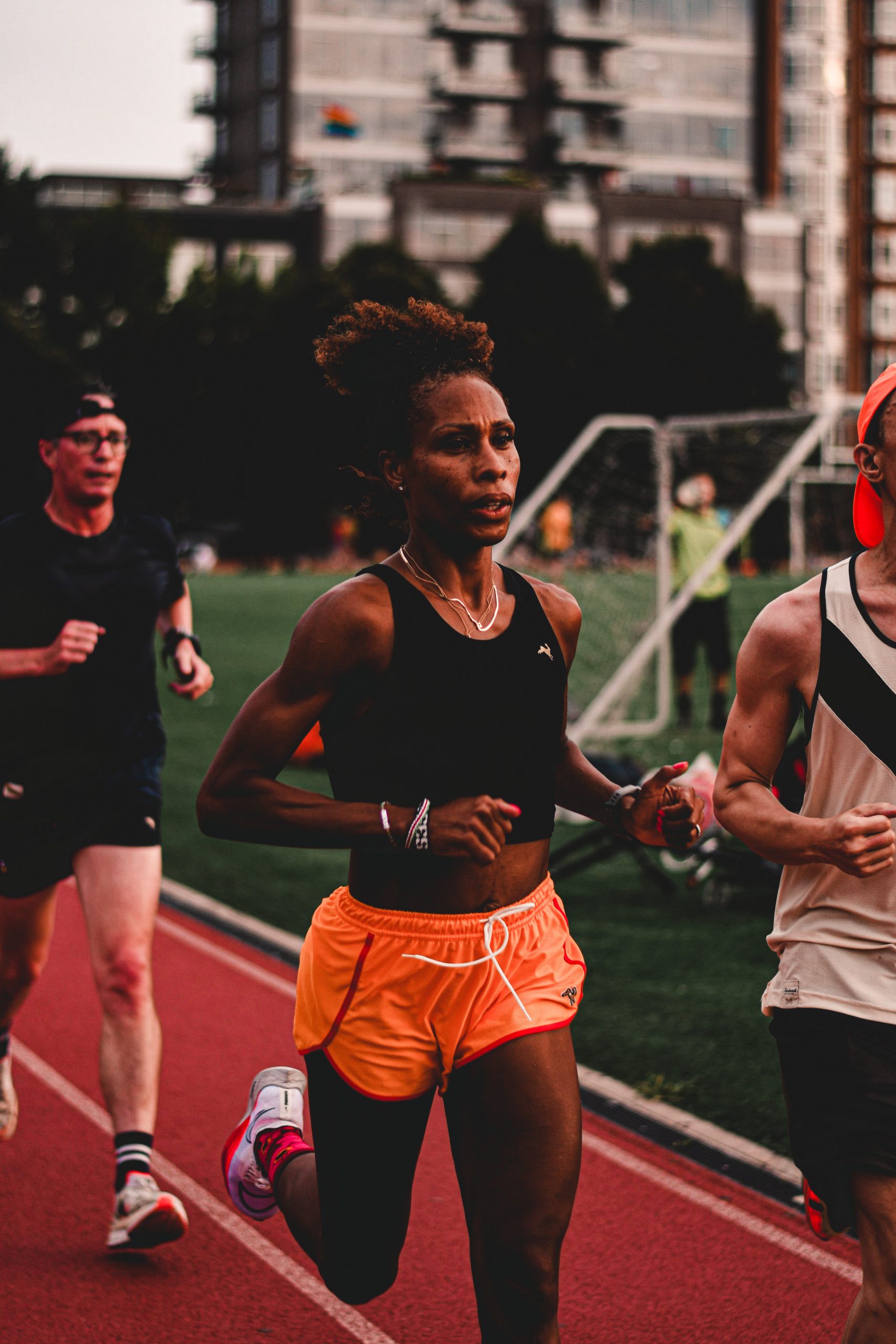 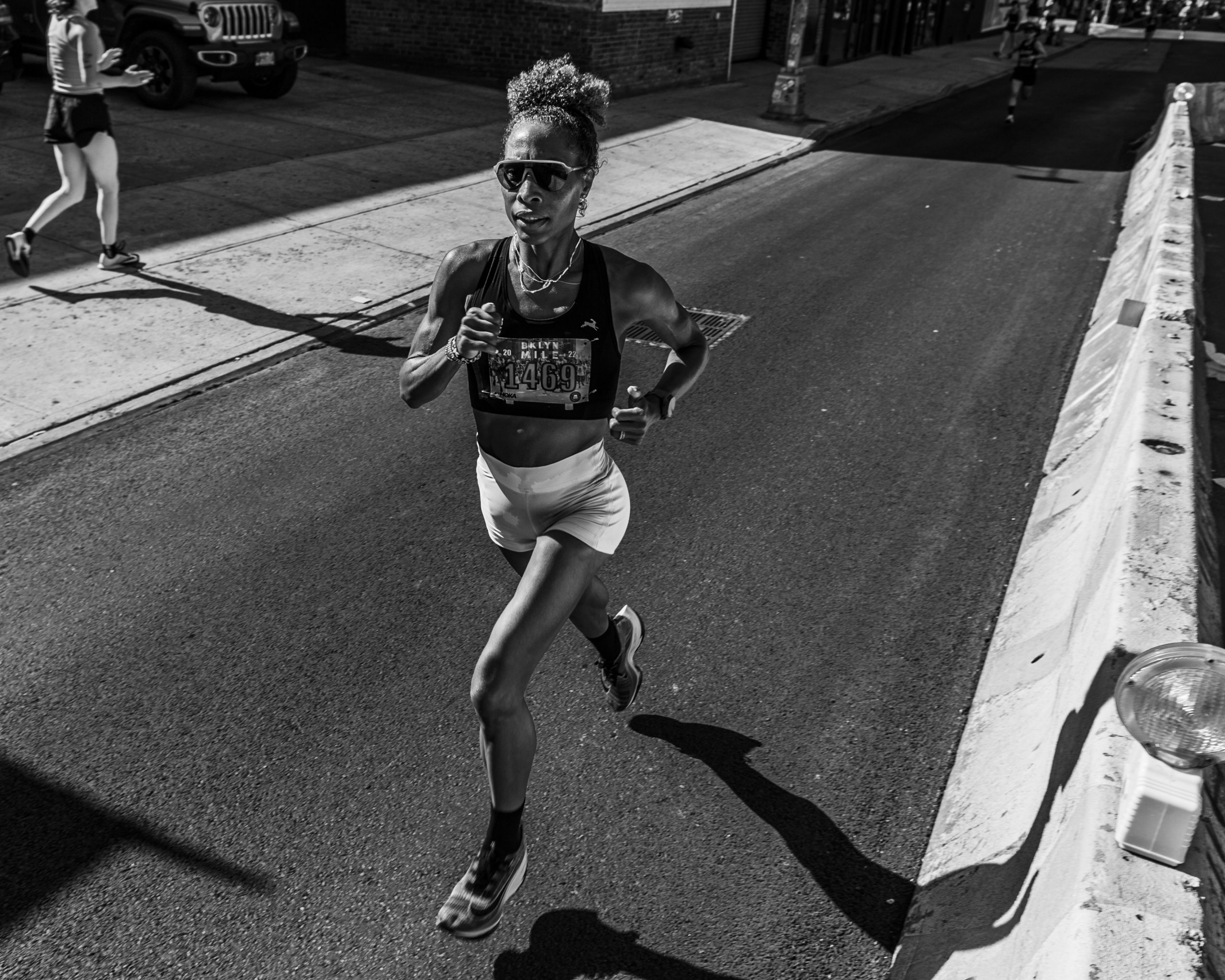 This is the story of how Erica Stanley-Dottin went from thinking there was absolutely no way she could break 3 hours in the marathon, to understanding that she absolutely can. Key to her story are the people she is on this journey with.

Erica Stanley-Dottin is a lifelong competitor and athlete, but it wasn’t until she was in her 30s that she discovered her love of distance running: marathons and half-marathons, specifically. She also discovered that she is fast at these distances. Today, she has big goals: Erica is going after a sub-3-hour marathon. This is the story of Erica’s dedication and drive, and the people who helped her get to the next level.

Erica was a competitive track sprinter beginning in her teen years, all the way through college. She started out being coached by the legendary Fred Thompson, who founded the Colgate Women’s Games: this is the longest running track series for women in the country; it’s been happening for 47 years.

After college graduation, however, Erica decided to hang up her cleats, and running became about fitness and health. That is, until she started running with a friend who was training for the New York City Marathon. This eventually led Erica back to competitive running, but this time tackling long distances.

Her competitive spirit reignited by her distance running pursuit, Erica found her way to the competitive running team the Black Roses, a team with a particular focus on supporting women racers. Through working with her teammates and coach/team founder Knox Robinson, Erica’s running progressed to the next level.

She has continued to hone her distance racing skills and reach ever faster PRs, on her quest to run the marathon in under 3 hours: at Boston 2022 she ran a 3:01. For Erica and several of her teammates, this milestone has significance for multiple reasons, including adding their names to The List. This is an account of all the American-born Black women who have run the marathon under 3 hours. To date, there are only 24 names on that list: two of them are Erica’s teammates. And no doubt, she’ll be there soon. Erica will be racing for this goal once again at the 2022 Berlin Marathon, September 25.

In addition to being a competitive marathon runner, Erica is the mom of two young boys; the New York City community manager for Tracksmith; and a social impact producer for the documentary Sisters on Track, which is streaming on Netflix.

This episode features a bonus anecdote from Erica after the credits: it’s all about world’s colliding in delightfully fortunate ways and how running is about so much more than the simple act of putting one foot in front of the other. 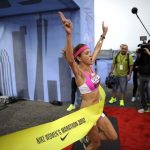 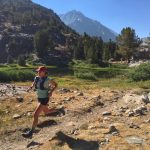