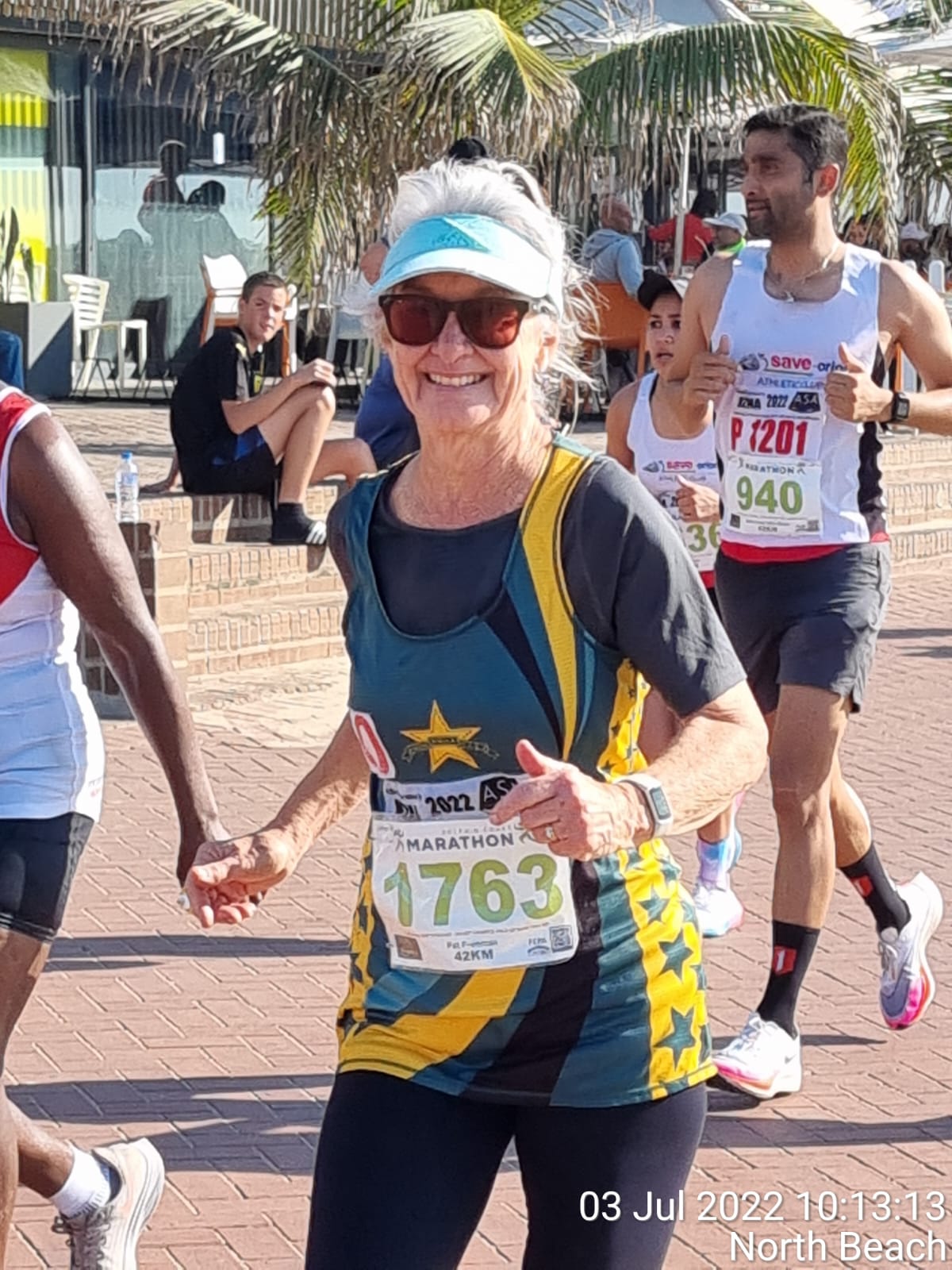 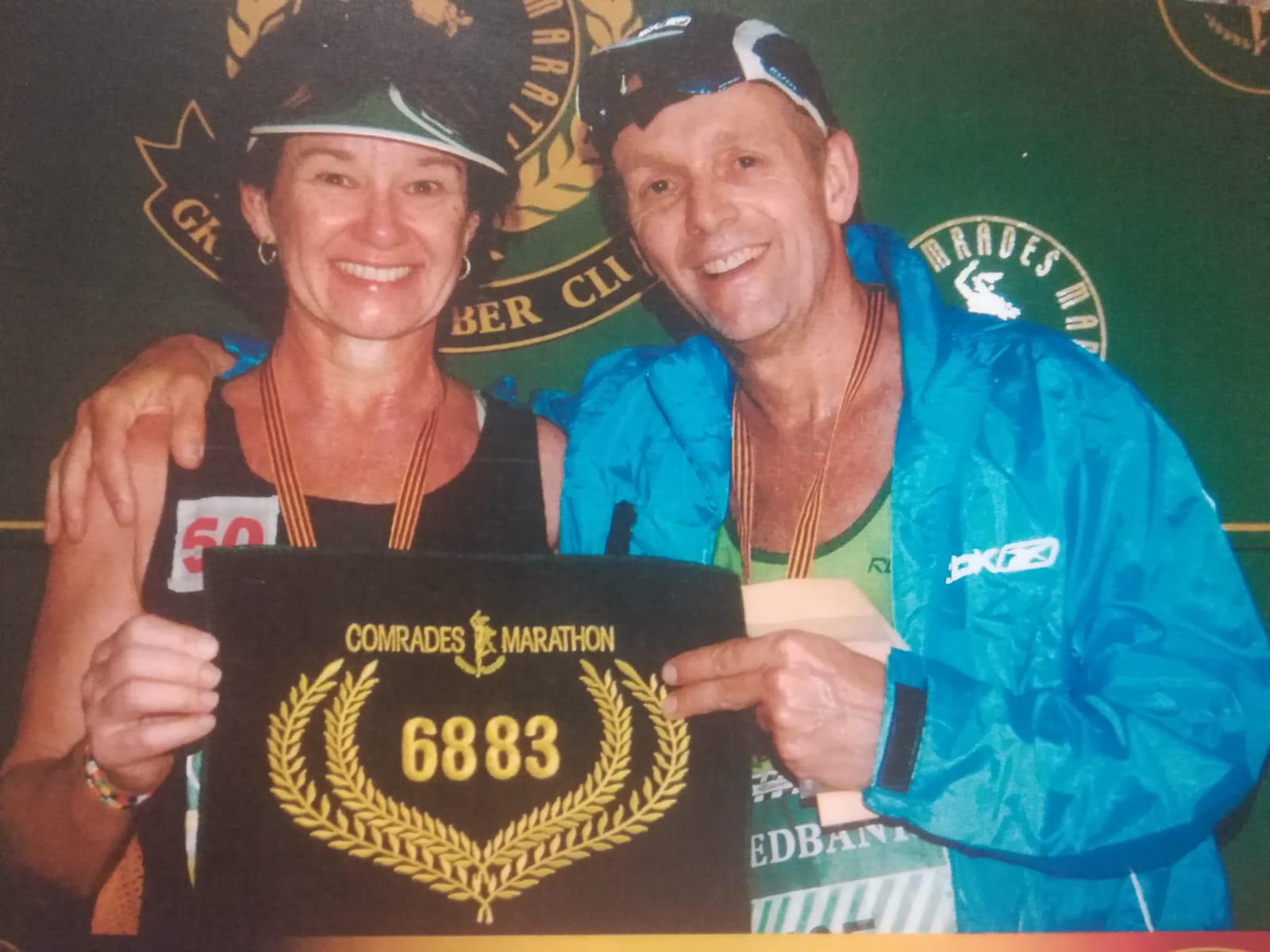 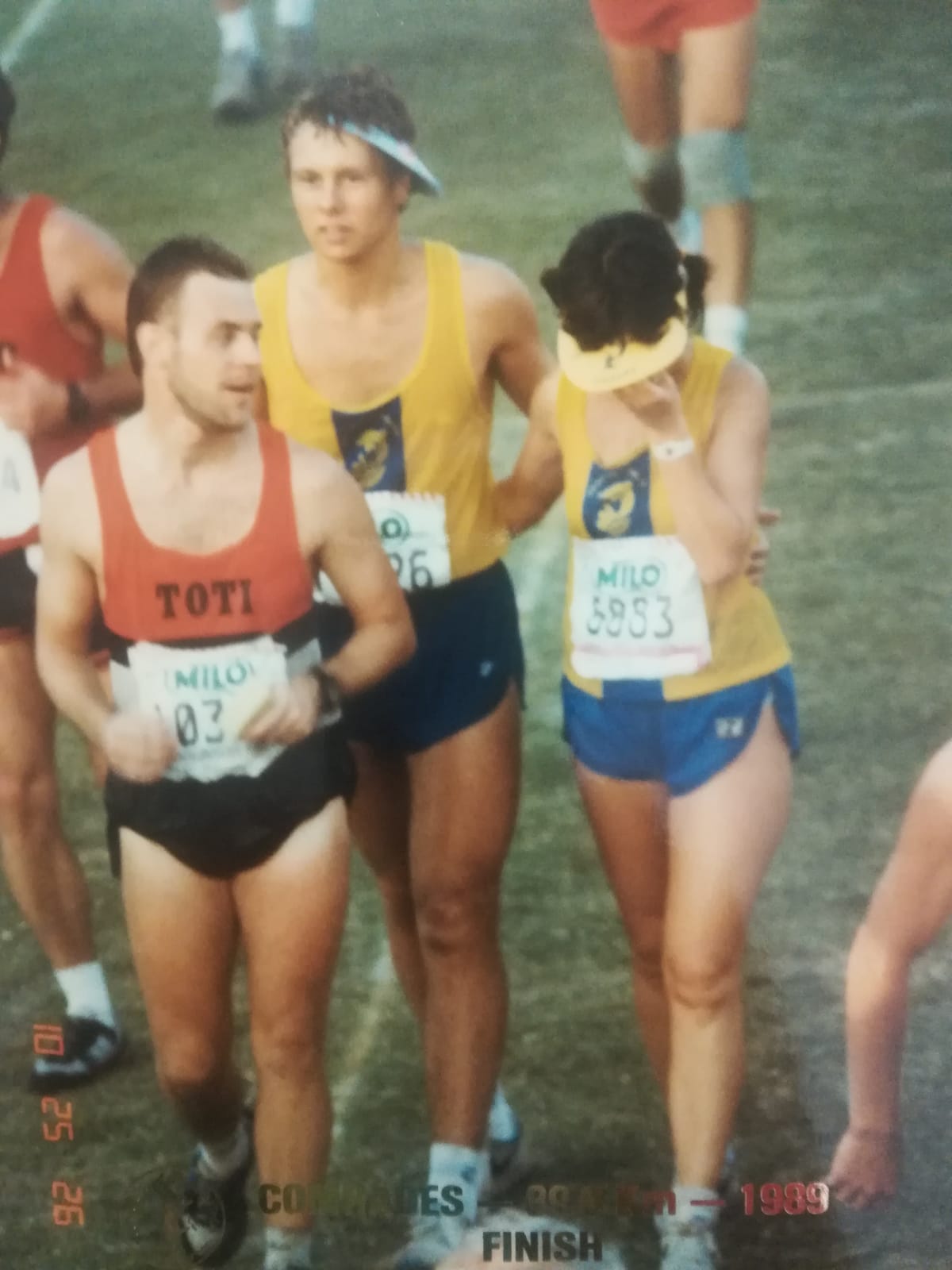 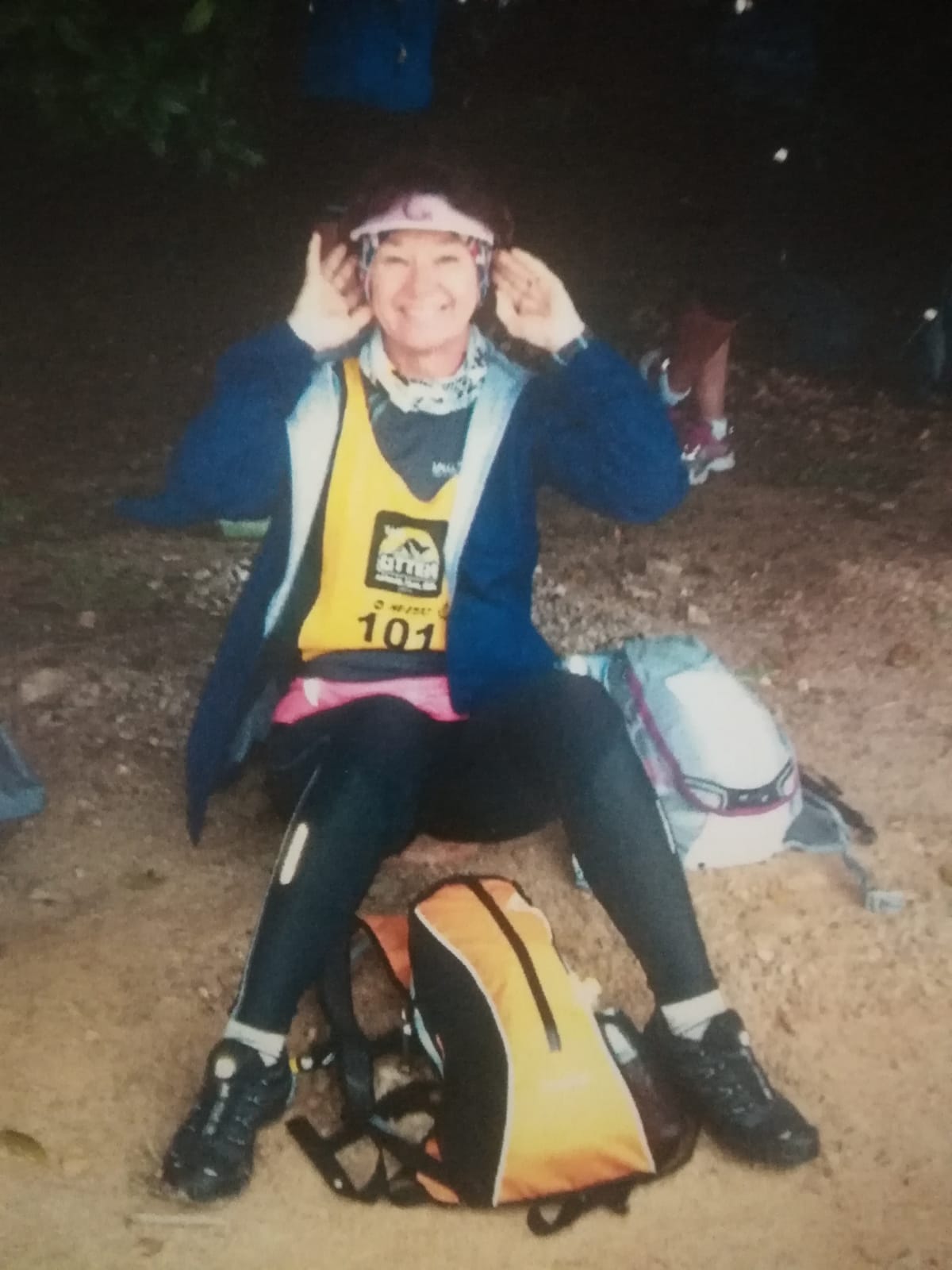 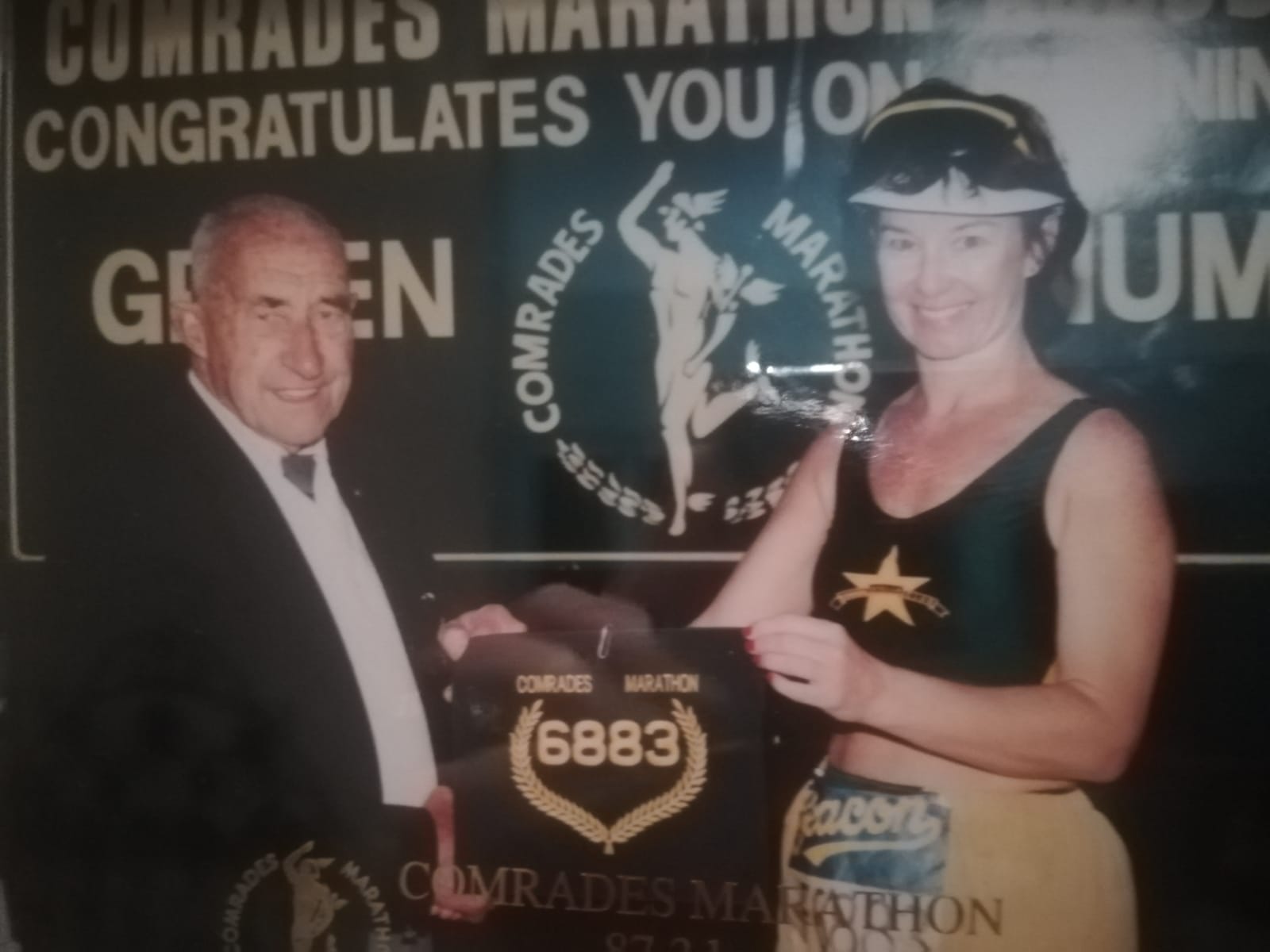 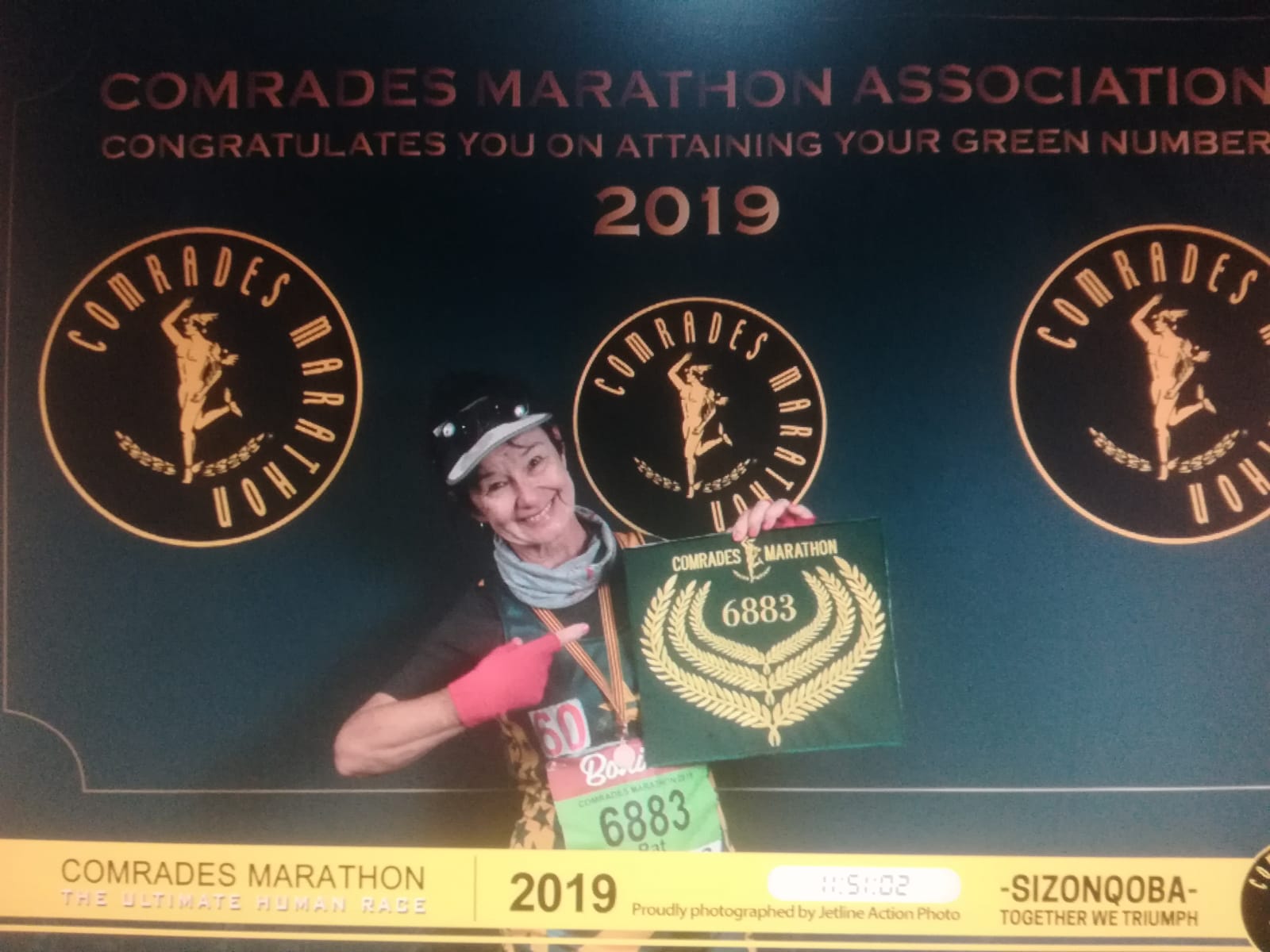 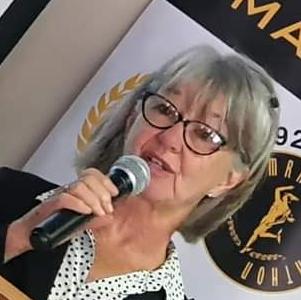 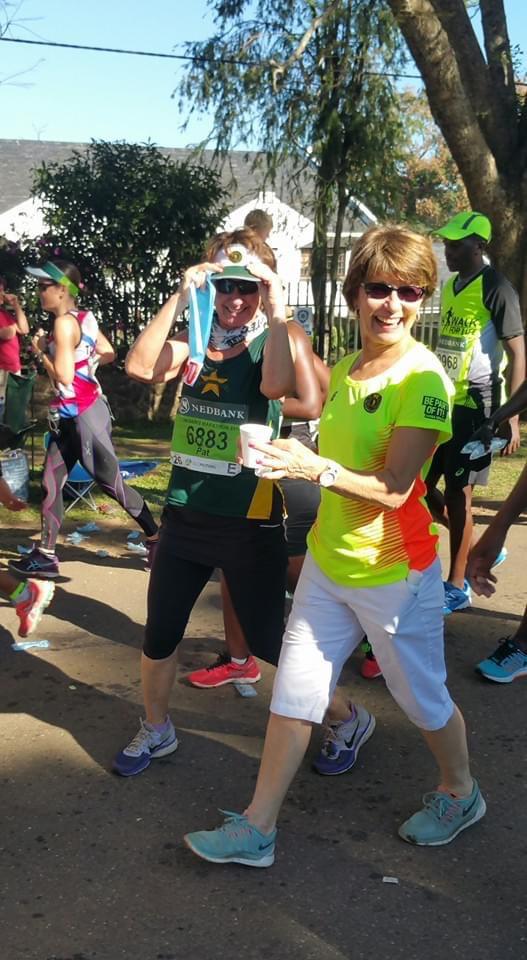 Pat Freeman jokes that the first time her neighbor invited her to run, she thought jogging down her driveway might be enough. Now, over three decades later, she’s training to run her 31st Comrades Marathon, the 90km or roughly 56-mile road race in South Africa. It’s the oldest, largest, and most prestigious ultra-distance road race in the world. In this episode, Pat shares her enduring running journey.  This episode celebrates the return of Comrades, which has been on hiatus since 2019 due to COVID.

Growing up in South Africa, Pat Freeman had been a Comrades spectator since childhood, but it was something that only the men did. And that was true for a good part of her life: Comrades didn’t open to women until 1974. But even after that, for Pat, running was a pursuit for men. Until one fateful day when a neighbor who was running by suggested they run together.

Pat discovered how running helped her through rough patches and gave her a sense of confidence and accomplishment.  And over time, her runs and races continued to get longer until, one day, she was lining up for Comrades. Running became a foundation of wellness that she could rely on, as well as a source for adventures and building strong relationships. While she never set out to run Comrades over multiple decades, every year when it was time to start training for this spectacular event, she had a reason to do it again.

When Pat finishes Comrades this year, she’ll be one of three women who have run Comrades the most in its long history. She is also a member of the Comrades Board of Directors.

The Comrades Marathon started in 1921 and has run every year since, other than during war time and during COVID. This year marks the much awaited return of this beloved event.

We here at Strides Forward have a deep love of Comrades: it’s spectacular history, traditions, and cultural significance. It is truly a magical event. To learn more about Comrades and hear more women’s experiences there, please enjoy our Comrades series. 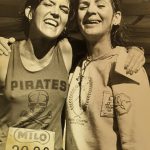 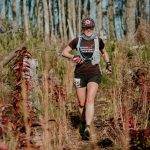